Young Adult Author, Emerald Barnes, is releasing her latest novel, Entertaining Angels, today. It's a Young Adult Christian romance that faces the issues of self-esteem and weight in teens. It's a story that will hopefully grab the attention of girls - and boys alike - and help them understand that no matter what they are beautiful.

"I've read many books that tackle the issue of spiritual warfare, but I especially loved this one. Mads was alive and real and jumped off the page! Her character is so strong, she needed strong characters to balance her, and Barnes certainly provided that in the characters of Chase and Zach." - Author Precarious Yates
"This story is beautiful and so profound." - Author Sylvia Stein
"I would recommend Entertaining Angels as a graceful stepping stone to self-acceptance and self-love." - Author Christine Cunningham
-----------------------------------------------------------------------------------
Madison Andrews can’t face her reflection in the mirror. All she sees is a big, fat nobody. Yet, deep inside she longs for something more, something that’s not skin deep.
Along comes Zach, the new guy in school. He’s smoking hot and totally out of her league. She somehow catches his eye, and he makes her feel beautiful for once. But just as she gets close to Zach, her nerdy best friend, Chase, won’t let Madison doubt her true beauty, no matter how many meals she skips. Even as Madison begins to realize that she is more than what she thinks, darker forces are at work, darker than the lies and mocking from her peers, stopping her from amounting to her full potential. Can Madison find true happiness in her own skin?

A Word from the Author

Entertaining Angels is near and dear to my heart. Essentially, it's my story. I have struggled with my weight issues for many years, and I remember clearly the very first day I fell victim to the word fat I am more than that label. I am a Child of God, and He wanted me to see that. Making a long story short here, I have began to realize that although I am overweight, it's not who I am. I am so much more, and He wanted me to share that story with everyone else, especially young adults and woman who need to be reminded just how beautiful they are. If you do buy Entertaining Angels, I hope that it shows you just how beautiful, or handsome if you're a guy, you are.

Enter to win this autographed (by Emerald) tote bag with the Bible Verse Psalm 91:11 on it, and this notebook that says "God Makes Beautiful Things." (US Only please. If you're international, Emerald will send you an e-book and choose another winner.)

Where can you purchase Entertaining Angels?


I got back from the 2nd Realm Makers conference yesterday. What a blast. I learned a lot, got to finally meet a bunch of awesome people for the first time, and let my geek flag fly high.

I'm a huge geek. Need proof? Grace Bridges posted this preview photo of her costume before the conference: 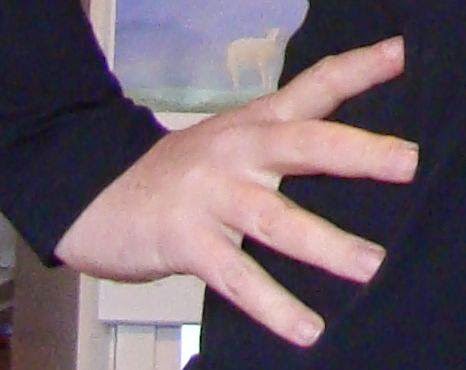 I guessed it within about two seconds. You give it a try (well, if you weren't there, or haven't seen it...) I'll post the full later on...

The campus at Villanova was beautiful. 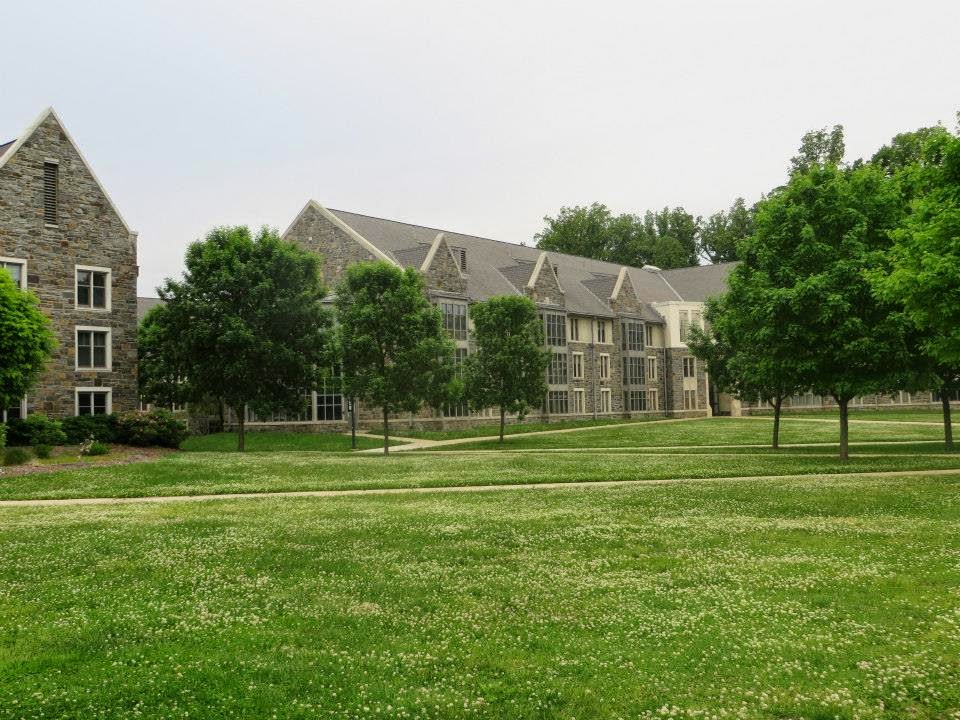 Full of late 18th and early 19th century architecture. Well, most of it. There was this tunnel under the railroad tracks that we had to take to get from the dorms to the conference rooms. Brick walls, peeling white paint, flickering florescent bulbs, and the sound of dripping water. It was like something out of HP Lovecraft or Mary Shelly. The kind of place you expected to be haunted by monsters. And, in fact, it was. 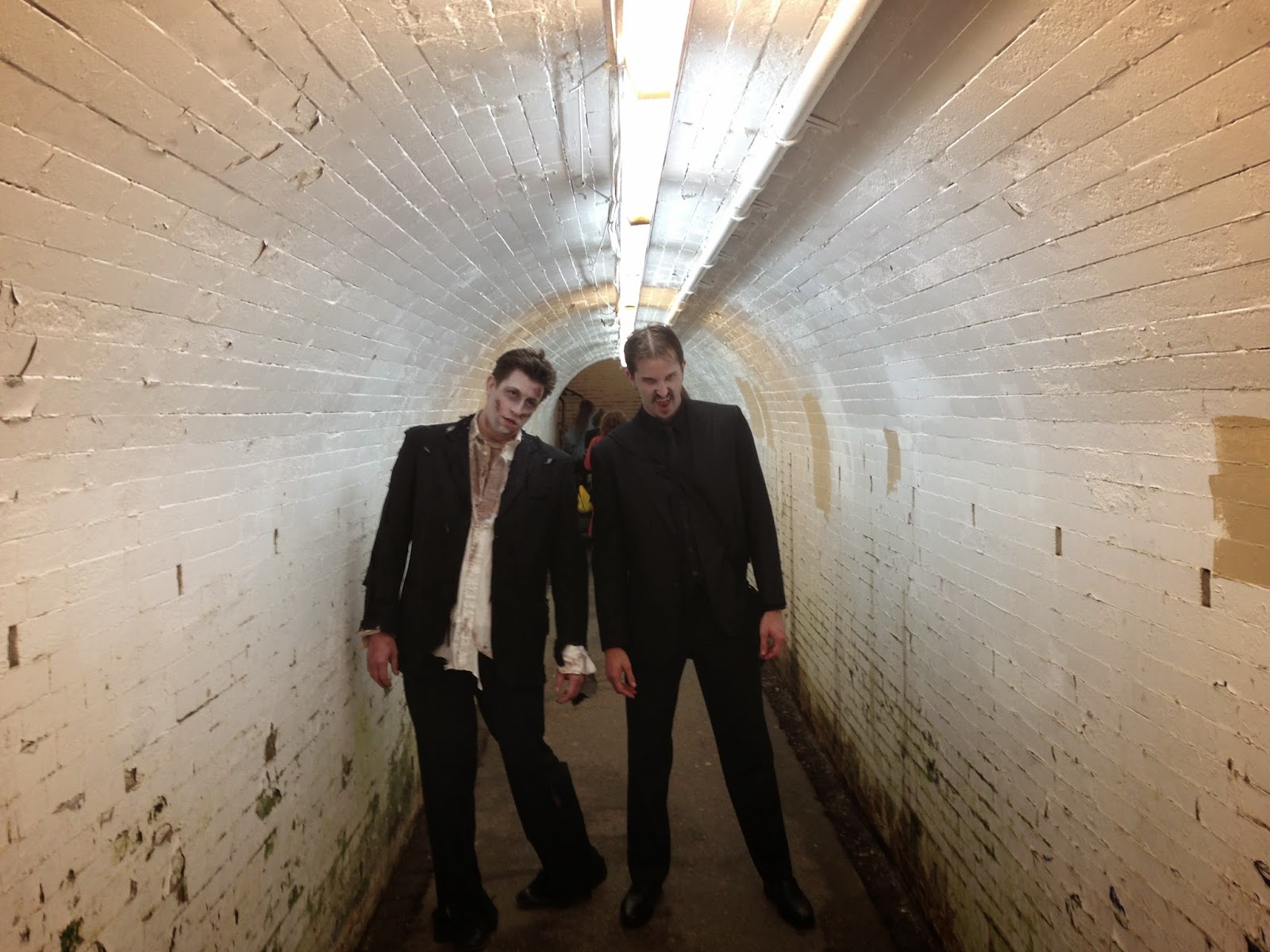 (Wait... that's just the Splickety staff. They always look like that. Never mind.)

Thursday night was the pre-party. If that's the kind of thing that you think you can miss, you should reconsider. What's it worth to you to see a literary agent, a New York Times best-selling author, and two editors read through five different submission samples and tell what they like, what they don't, and some ways they could be improved?

For me, that was one of the (many) most valuable things at the conference. There were all sorts of really cool classes, but I'll give you a few things that stood out to me:

- From Jeff Gerke: The rules of writing aren't as important as engaging a reader. Granted, most of these rules can help you do that, but the average reader doesn't care about POV, passive voice, three or five act structure, etc... they want to be sucked into the story, and if you can do that, they'll forgive a wide range of writing sins.

- From Kat Heckenbach: if you're writing YA (that's "young-adult, for those not in the know), you can't just have teen characters and write, you have to write that character without the life experience you've accumulated after those years. (Also, avoid slang, it'll just date your novel unless you're REALLY good at it.)

- From Travis Perry: Oh man, lots of good stuff here. Most battles in books and novels are very unrealistic. Most battles are fought not to the death, but to make the enemy surrender or turn and run. There was a bunch of fascinating human (and horse!) psychology behind this. Really good stuff that will make battle scenes better and more relateable, real, and engaging.

- From Steve Laube: "There are two kinds of people. Those you have read a slush pile, and those who haven't. You have no idea how far you ahead of [the other submitters] you are when you come to a conference like this to improve your writing."
I might be slightly miss-quoting this, but you get the idea...

- From Torry Martin (and the marketing panel): Don't just push your stuff on people. If you want to use social media to market, post a bunch of stuff that your audience will love/find of value to them. Also network a lot. Comment on other peoples' posts.

This really works. I went to Realm Makers for three reasons: to learn my craft, to network, and to gush about my favorite books to their authors. It really amazed me that when I stepped up and introduced myself, everyone said "Oh, you're Aaron, I've really been wanting to meet you!"
That blew my mind. I'm nobody. My book isn't out yet, I'm not famous. You're the author who writes ten times better than I do, why are you excited to see me? It was really cool.

- And last, but not least, what I learned from Tosc Lee (who's books I've REALLY got to read...): Everyone has a writing superpower. There's one thing we each do really well. Don't ignore it just to get the rest of your writing up to average. You'll just end up with an average book. Feed your writing superpower, and you'll end up with a super book.
Also, New York Times best-selling authors aren't some kind of super-being that we mere mortals can't ever dream of aspiring to. They have the same fears and faults as the rest of us.

And finally, one of the highlights of the weekend, the costume dinner. There's something wonderful about holding a literary conversation with a zombie when no one in the entire room thinks it's at all unusual.

Here's me and Grace Bridges of Splashdown books: 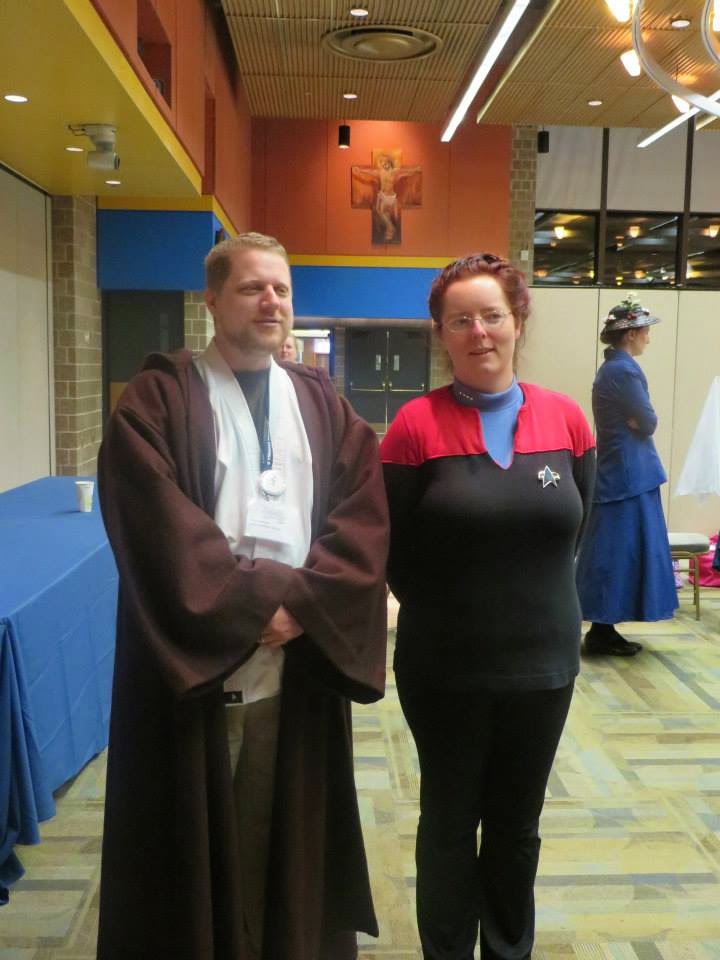 Me with Sir Fluffy (aka Jeff Gerke): 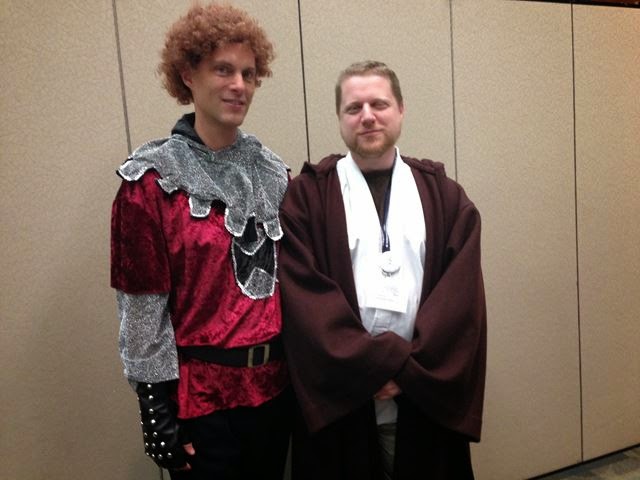 And lots more on my facebook page, and the Realm Makers page.

And I think I'll make a meme of this one: 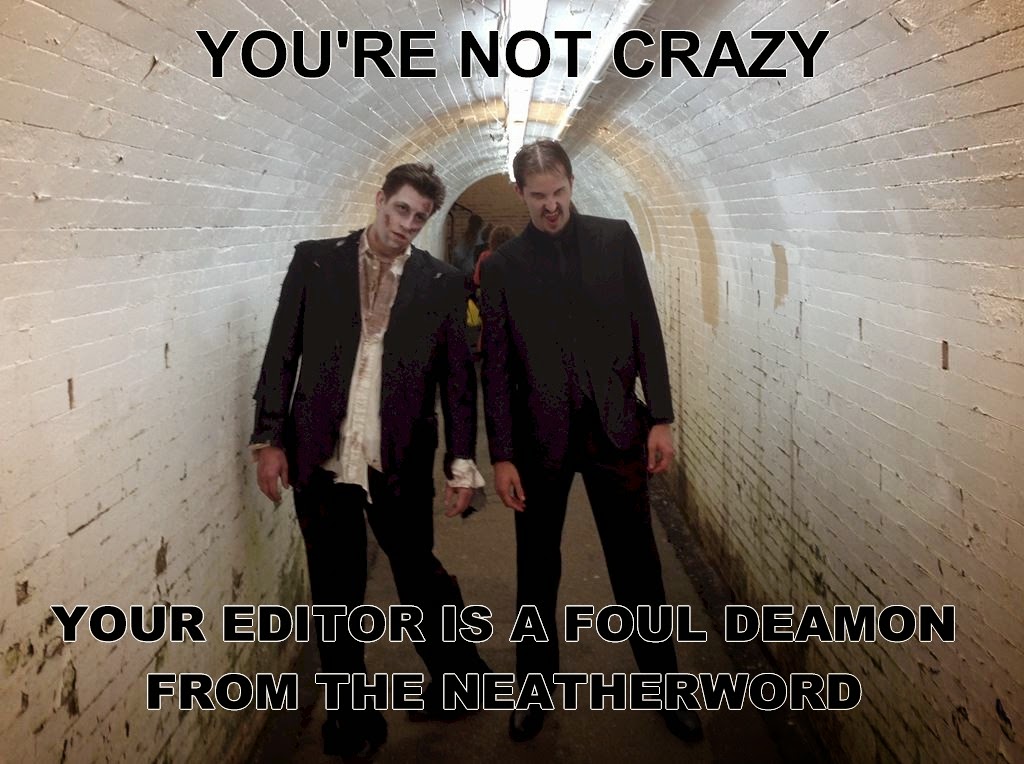