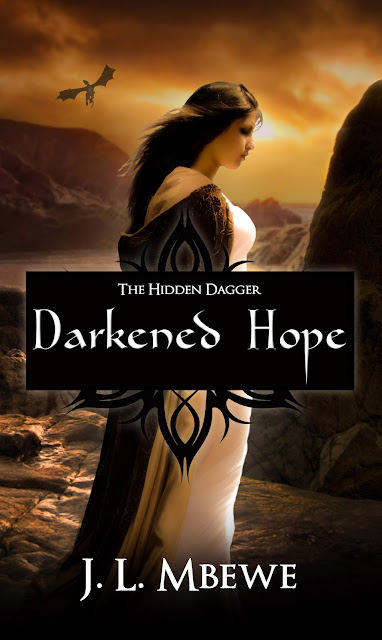 Posted by Unknown at 3:25 PM No comments: 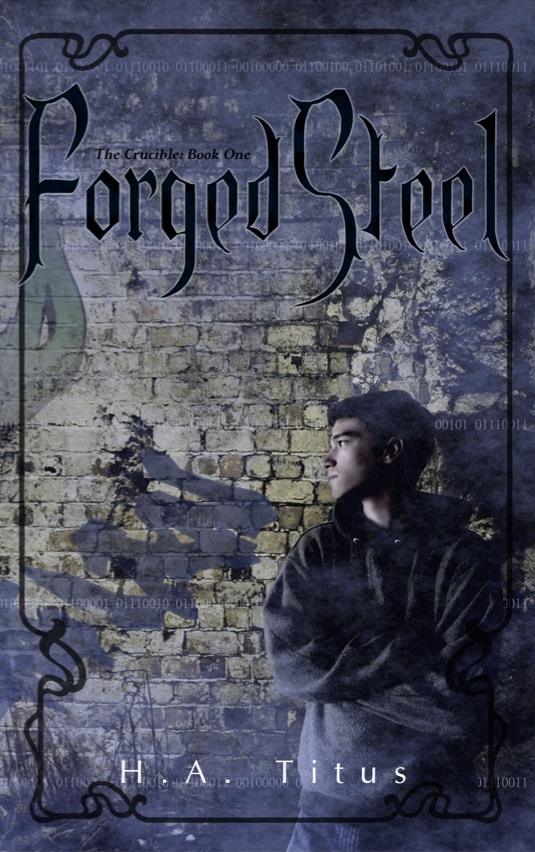 From the "Back of the book:"

"Downtown. Coffee shop. 2 AM.
One minute, Josh is firing off sarcastic remarks at his best friend Marc – the next, they’re running from shape-shifters. Apparently, even best friends don’t share all their secrets.
Now Josh is in danger. He can see the monsters among the humans.
When Marc is kidnapped, Josh finds himself pulled into the schemes of the fae courts, and throws in his lot with Marc’s allies: the lovely Larae, a human named David, and the fighter, Eliaster. But what began as a rescue mission becomes something much more involved…
And all Josh wants to do is get out before it’s too late."

I haven't read much urban fantasy, but what I have read, I like. You get all the fun of 'traditional' fantasy, but none of the cliched settings, food, etc.

There's several fun things about this book. For one, instead of the usual Brittish/German fairy-world most fantasies draw from, the world of Forged Steel is influenced by Irish folklore. This mixes things up a little and adds a lot of flavor. Another thing is Josh's reactions. In most stories, the main character just up and joins in on the adventure. The main way authors like to mix this up is to have him not want to go at all. Josh's reaction is to freak out. Hey, no matter how cool you think you are, if you saw people using movie-style magic for real right in front of you, you'd freak out too. After that, he tries his best to do the right thing.

The other characters are well done too. Eliaster is the 'white-knight' type, but he's also secretive. Larae comes across as part love interest role, part sidekick, yet right from the start you get the feeling that something's not quite right about her, but you can't quite put a finger on what.

The plot is fun and engaging, Josh gets pulled in and has to help his friend/flee for his life. As stated above, I really like how this is done. Josh joining the fae to help Marc feels natural and not forced. He's neither too reluctant, nor too gung-ho about the situation. It's balanced just right so it sucks you in and immerses you in the story.

The only complaints I have are minor technical things. In one scene, Josh writes a computer program. No problem. He's a computer geek, and it's established he has experience doing this. My problem is two-fold. 1. He writes the computer program in a word processor. This is laughable. 2. He writes the program because they need to desperately get buried information off a hard drive. Okay, there are programs that do this.... and that's the problem. There are programs that do this. Any self-respecting geek keeps a USB full of handy utilities with them. There's no need to write a program from scratch when you can just go download one. Especially when you're in a hurry. And/or when the information is critical. You don't want to be finding and fixing bugs when the data you're working on is real and important. You use test data you don't care about for that.

But, it's a minor issue, and bugs me 'cause I've spent ten years in tech support. Most people won't notice it, and it doesn't break the story.

The other issue I have is that Josh learns to use a sword because it's fantasy, and swords are cool. I don't have a problem with that either. Swords are cool. The issue comes in because they have guns. A guy with a sword knocks a gun out of Josh's hand when Josh freezes and can't shoot him. I don't have experience here, but I've read that most people do freeze when facing the possibility of killing someone when they've never killed before. This scene is nicely done, and adds to the realism of the story. The problem is that another character tells him that guns are no good for close-range fighting and swords are loads better. That just isn't true. There's a reason that guns replaced swords.

I really liked the book, and can't wait for the next installment. Four stars!

Bonus: Listen to some friends and I interview the author. 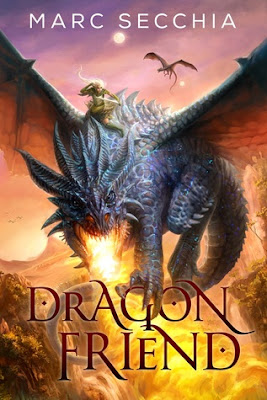 Posted by Unknown at 4:21 PM No comments: