Book Review: The Difference Between Night and Day

Today we're reviewing The Difference Between Night and Day, by Melissa Turner Lee 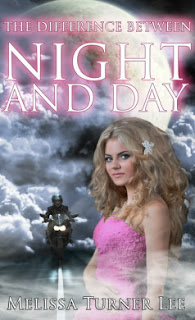 First, the genre... this is a paranormal (read: 'vampire') romance. But don't let that scare you. For that matter, don't let all the pink scare you either.

First, let's get the inevitable Twilight comparison out of the way. Yeah, romance, vampires, people will compare it. First, good news--no sparkling. The vampires in this book are unique enough (I'd say how, but it's kind of a plot twist at the end), but still a lot closer to 'traditional' vampire lore.

The romance in this is sweet, with only a little of the 'he hates me, I hate him, now I love him' stuff that seems to be a necessary ingredient in romance novels. I can't stand it. Possibly because I'm a guy, but in any case it's kept to a minimum. The romance is also unique as it's a lot more true-to-life. The characters and plot are a lot more true to what real love is than the traditional 'lets focus on feelings and lust' of the traditional romance novel, and that makes the characters more true, and to me, the romance a lot sweeter. Hey, guess I'm a sucker for finding true love-- and that's what the characters do, they fall in love, not lust. I know I've re-stated this several times, but it's so rare today that it deserves emphasis.

The secondary plot line takes a while to get moving, and doesn't get as much screen time as it possibly could have, but again, this is a romance with a sci-fi setting. I usually read books that are the other way around (okay, more sci-fi than romance...) so that's probably why this sticks out to me. The b-plot is still fully fleshed out and has a nice (if slightly rushed) conclusion.

Another unique thing about this book is that it's a christian paranormal romance. Yes, you read that correctly.
How do vampires and Christians go together? Well, you're going to have to read the book to find out. That part was very nicely done. The book could be considered by some to be overly preachy (I didn't think so, but I could see how some would), but it makes sense since one of the main characters used to be a preacher, so of course they'd see things through that perspective. The whole christian element was done that way, it comes out of the story naturally and tackles the christian vs paranormal argument head on, and doesn't break story doing it. Very nicely done.

Overall, I've read Janet Oak, an Amish Romance (yes, I proper-capped that... read one, you've read them all... but that's a rant for another time...), Twilight, and even another paranormal romance by the same author and this is easily the best romance I've read. (Possibly the sci-fi element and they way it was integrated... ;) )

You can buy this book at the following locations:

And there's a giveaway!
a Rafflecopter giveaway
Posted by Unknown at 7:37 PM No comments: 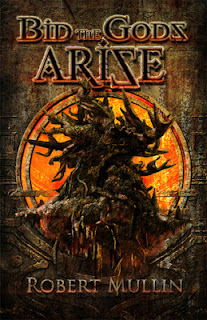 Hello everyone! No, I didn't fall off the face of the earth, but close too. My mom is going through chemo, so that's taking up a lot of my time...

Anyway, do you want to know where to find more great sci-fi and fantasy books? Or if you're an author, do you want help promoting your books?

Check out the Faith and Fantasy Alliance, an authors cooperative that helps connect readers to authors, and a lot more.

So go check them out, a lot of my friends books are listed there. Read them. You'll like them. ;)
Posted by Unknown at 10:18 AM No comments: