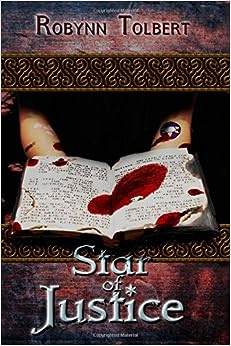 "Psionic healing. Psionic combat. Inside the mind, there's a landscape like glass.

Thomas McCrady, a telepathic negotiator from Haidar Station in Earth orbit, is faced with his biggest challenge yet when he is sent to broker peace with only a rookie partner to help him. Worse, she's the doctor he blames for the death of his last partner.

Calla Geisman's telepathy is not the same as a standard Haidarian's. Some people think she's a waste of space. Some people want her dead. But she's assigned to go with Thomas to Ologo anyway, and must gain his respect before she can play her part in the war's end."

Long review:
Koepp has a gift for writing great sci-fi that sucks you into the story, and Mindstorm doesn't disappoint. The characters are likeable, and are complex, have issues, and grow throughout the story. The two main characters are summed up pretty well in the "back of the book" text, so I wont elaborate on them here much. The nicest thing is that most stories about telepaths and such focus on the most powerful. This story focuses on one of the least powerful, and how even though someone may seem insignificant, they still have special, useful talents that can save the day.

The other major players in the story are the alien races that are at war on the planet Ologo. Koepp does a really good job with aliens. They're a very different culture, nicely fleshed out, and the reasons for the war make sense. I'd say more on that topic, but can't without getting into spoilers...

Couldn't put it down, want more in this story universe; Five stars! 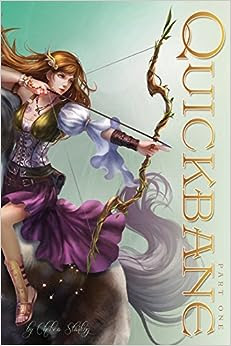 Today's review is of Quickbane: Episode One (The Vale Chronicles, Book 1) by Chelsea Starling

"Jesobel Vine wants nothing more than to be a typical Pyxian teenager. She wants to ride her horse, Firefly, shoot her bow, and fall in love with her dreamy best friend, Glyn. But Jesobel is marked not only as the future Royal Starkeeper of Pyxis, but as the Heart of Azimuth—the one to lead her people back to their lost realm—a burden too dangerous for daydreams. As Jesobel struggles to accept her destiny, reluctantly studying mystic magic, she becomes doubtful she will ever be worthy to rule. And when her fiery temper enrages the daemon-possessed Starkeeper of Equuleus with a hex-gone-wrong —igniting an orphic war—Jesobel must find a way to alter the global disaster foretold by a celestial legend."

I found this book on Facebook, and the cover caught my eye. So did the price. (It was free for kindle.)

Pros:
The story world is fairly interesting. There's some fairly standard fantasy stuff, but it's combined in some interesting ways.

The mentor character (Aggie) is appropriately mysterious, but she's a cranky old crone too, which makes for some fun moments and keeps her from hitting some stereotypes.

Cons:
The story kinda meanders around a lot. Nothing really happens in the book, and it feels a lot like setup for book two. I haven't read book 2, but I'm getting the feeling the pacing would be better if books one and two in the series were combined into one novel and trimmed a little.
Similar thing for the character of Jesobel. She spends a lot of time whining and avoiding work, then she gets her stuff together... then does something stupid... and the book ends. We get the character development and the setup here, but not the payoff.

Basicly, we have my two biggest pet peaves in fantasy here:
1. One story with an act in each book, instead of each book having a complete story in and of itself that ties into a larger story arc across the series.
Listen, people. Just because Tolkien's publisher told him it was impossible for his story to be printed in one book, and they had to split it up... that's no reason for you to write fantasy that way.

2. The untrained hero.
Why, oh why must every fantasy hero (the only person who can save the world) be completely untrained?
To be fair, Quickbane both does, and doesn't fall into this trap. If Jeosobel would pay the slightest bit of training, she'd be trained for the job...

I'm not sure if I'm going to read the next book or not. The world and characters were fun, and it kept me reading (at no time did I have to force myself to finish), I really don't like the whole, one story across multiple books thing. If I do read more, I'll wait until the entire series is finished, and read it all at once.

Posted by Unknown at 5:06 PM No comments:

A friend of mine has a new book coming out! This is the third book in the Spirit of Destiny series by Lynn Donovan. You can read my reviews of the other two books in the series here:


The title of the third book is:

"The voices in Keisha’s head know where her fiancé has been left for dead, but who will believe her?

Keisha Moore has a secret which has been kept hidden her entire life. But when her fiancé, Clifford Valdez, disappears and the authorities dismiss it as lovers’ remorse, she has to tell somebody. Can she make anybody understand the four voices in her head are real, and they know where Clifford has been taken? How can she save the man she loves without revealing her deepest secret?" Learn more about Lynn and her books at:

SittingOnThePorchWithLynn.blogspot.com,
Posted by Unknown at 10:23 PM No comments: