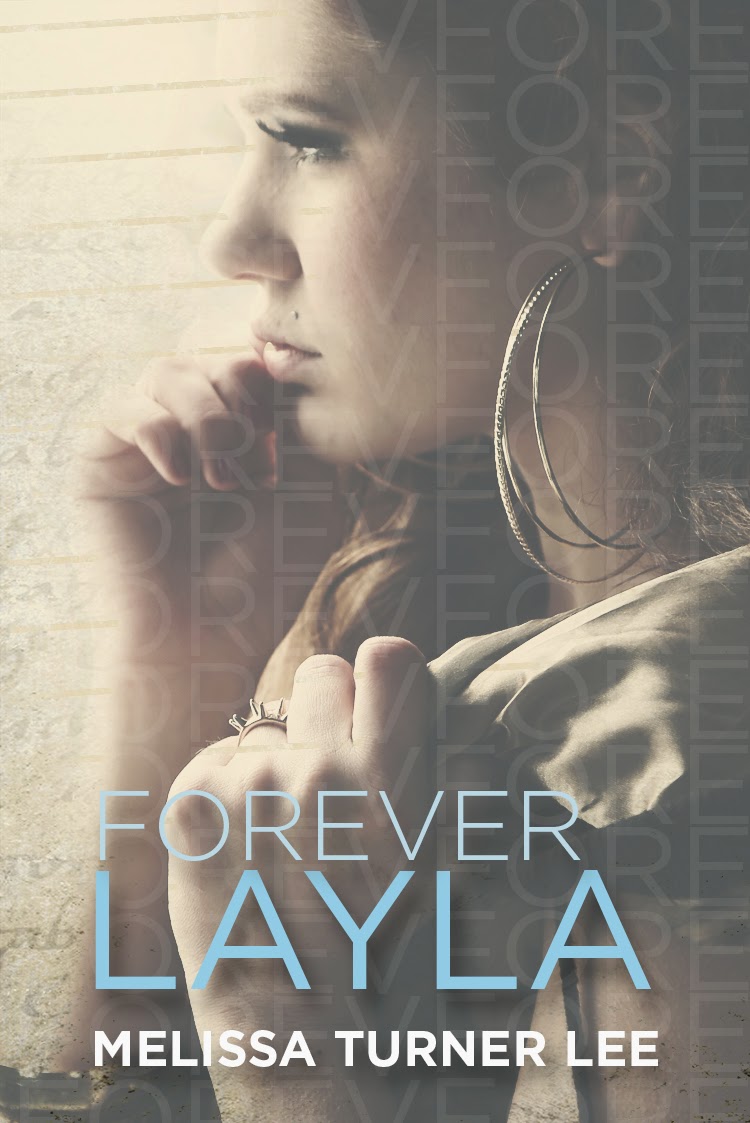 From the "back cover":

"Layla isn't her name...or is it?
What if the woman you envied most is the person you are destined to become?
In 1994, high school senior David Foster was the lackey and soundboard geek for his best friend's grunge band. During spring break, the band lands a dream gig playing at a motel in Myrtle Beach, SC. David expected all the girls to ogle the guys on stage, but when a beautiful blond "Bond Girl" approaches him and calls him by name, he's shocked to find out she knows more about him than a stranger should.
She even knows about his notebooks and his visions of time travel.
What she thought was a quick time-travel-sightseeing trip takes a surprising turn when she meets the young adult version of the man she'd heard stories about as a child. His fairy-tale romance with the woman he'd loved, Layla, inspired her to accept nothing less than a love just as strong...but hopefully not as tragic. When she won't tell the younger version of him her name, he calls her Layla--and the world as she knows it changes forever."

Fair notice: I received a free copy of this book for an honest review.
(Short version of the review: It was so good I bought a Kindle and paperback copy. And no, I don't know the author.)

First, the genre. It's being marketed as romance. If you don't like romance, but love time-travel books, you still need to buy it. I'd call it sci-fi and romance.

If I'm counting right, this is Melissa Lee's fifth novel. Her first few were good, and they keep getting better and better.

I love everything about this book. The romance is just right. Once again, Melissa Lee paints a picture of romance that is accurate and beautiful, and, better yet, isn't confused with lust. Parts of it get a little weird.... but if they didn't, it wouldn't be a time-travel story ;)

Speaking of which, I generally don't like time travel stories. I've been a sci-fi fan forever, so usually the bad physics and lack of thought in a story ruins time travel stories. Pick a Star Trek episode with time-travel. Most of have you thinking "Why didn't they just...."

Forever Layla avoids all these pitfalls. The story is solid, and it had me thinking about it for days. It's beautiful how all the parts fit together, even when you mentally re-construct the timeline from another characters point of view. I could go on and on about the great stuff in here, but it'd all be spoilers... on the one hand, it wouldn't matter too much, because one of those books, you know the kind, the ones that you can re-read again and again and delight in noticing little hints and things you didn't see, or wondered about the first time through. But people don't like when I do that, so I won't. I'll let you discover them on your own. Go read this right now.

How would I rate Forever Layla? Well, let's put it this way. It's easily in the top five books I've reviewed here so far (and that's facing some pretty stiff competition.... including Armored Hearts... also by Melissa Lee (and Pauline Creeden....))

What, you haven't bought it yet? What are you waiting for? It's on sale for 99 cents, for crying out loud. I'd pay six to eight bucks for the eBook of this... and I'm cheap!

(I got a free review copy, and I STILL paid for this, it's that good!)
Posted by Unknown at 3:25 PM No comments: