I'm happy to announce that The Psygen Chronicles Book 1, A New Threat will be available for purchase April 21st, 2015!

After working on this for a long time, it'll finally be published! If you haven't been following along, here's the "back of the book" description:

"A simple diplomatic mission becomes a life and death struggle that could plunge the entire galaxy into a war...

When an alien ship lands unexpectedly in the middle of her clan's territory, Bast is sent to investigate as part of her scout trial. After an accident, she meets these new visitors. She and her senior scout Rrrark are invited to return with the aliens to their home planet to open diplomatic relations. What started out as a simple mission becomes complicated when they discover a pirate scheme that might be more than it seems. Are Bast, Rrrark, and two of the aliens called Psygens capable of stopping the pirates?" 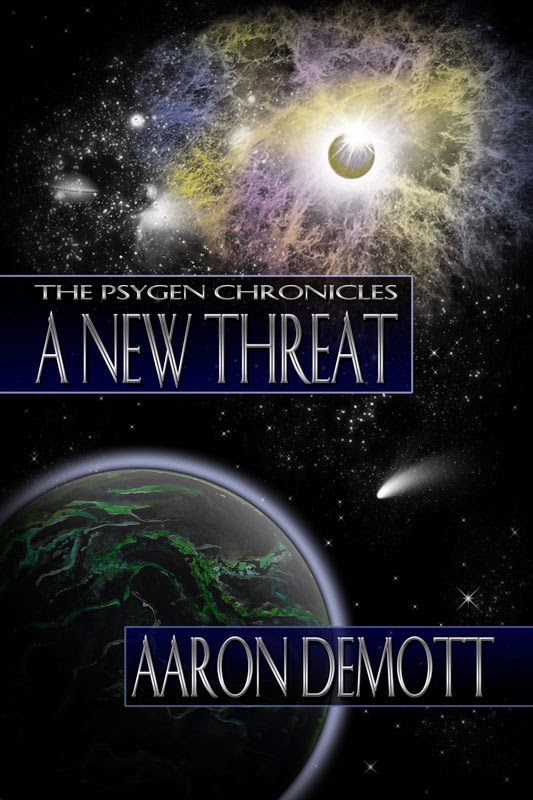 Keep checking back as the release date approaches for more information, and a chance to win a copy of the book!