Today's Book review is Kitsune Tsuki, by Laura VanArendonk Baugh. From the "back of the book:"

"How does one find a shape-shifter who may not even exist?

The onmyouji Tsurugu no Kiyomori, a practitioner of the mystic arts, has been engaged to protect the warlord's new bride from the fox spirit rumored to be near. Tsurugu and the shadow-warrior Shishio Hitoshi face an impossible challenge in teasing out a kitsune shapeshifter from the samurai and servants –- if such a creature is even present at all.

The handsome mute twin servants belonging to Lady Kaede are certainly suspicious, but it is the beautiful and strong-willed lady herself who draws Shishio’s mistrust. Tsurugu and Shishio must move carefully, for accusing the warlord’s bride falsely would be death. But failing to identify the kitsune to the warlord is equally perilous, and there is more to discover. For an onmyouji knows secrets even the shadows do not….

Kitsune-Tsuki is a historical fiction novelette, the introduction to the series KITSUNE TALES"

- If you're not at least slightly familiar with a few Japanese words, or some cultural background, this story is going to be a little overwhelming at first. There is an included glossary to help with this, but there's a lot of Japanese words, place names, and character names.

- This is just a wonderful tale set in historical alt-Japan. The story really gets the fell of Japanese culture, and pulls from several different elements of Japanese folklore.

Overall, I give it four and half stars. I really loved this story. It was a fun little mystery with some great characters, fun plot twists, and a story world that I want to spend more time in. 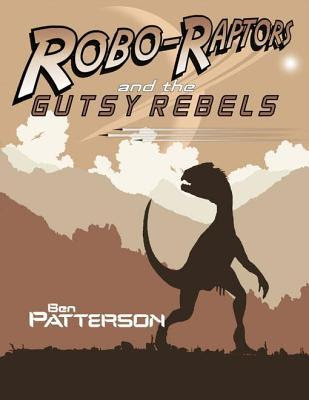 "When 2000 lives are at stake, the Defiant Few, an elite rebel team, has no choice but to intervene.
But in this dark conspiracy, who can they trust?

Word about a plot to attack a civilian cruise liner gets to Jones, Dark Horse rebel mastermind. His elite team, the Defiant Few, mobilize. They assume the enemy’s scheme is more than what it seems. But what? Is it a trap set by M.A.S.K. or the Confederacy, or both, to acquire a Dark Horse ship rigged with Rory West’s super-advanced technology?

Without evidence, they can’t know which of their enemies is willing to kill innocents for tech treasure. They need intel while they plan for countermeasures. So they ready a trap of their own; one where fourteen-year-old Rory’s androids and robo-raptors could make all the difference. Will the Dark Horse rebels outsmart their enemies one more time?"

Cons:
- The plot jumps back and forth a little in the beginning of the book. This takes a little getting used to, as there's at least three main factions. Once you figure out what's going on, you get a look into what's happening big-picture.
- The ending felt a little rushed in a "Here, Clueless Character, let me explain what happened to you" way. It wasn't quite that bad, but bordered on it. It would have been nice to have one more scene to play everything out that was happening somewhere else.
- The good guys have a bit too much of an edge tech-wise. I never felt they were in any real danger, as they always were one step ahead of everyone else.

Pros:
- This was a fun read. I enjoyed the characters, the plot was fast-paced, and there were plenty of funny parts interspersed throughout.
- There was a lot of character diversity here. Gristled veterans, sneaky villains, over the top villains, clueless officers caught in the middle.
- Fun tech. Come on, who doesn't want to read a book about robot dinosaurs?
- Old-fashioned heros. These days, most heros have to be dark, struggling, broody, weighed-down emotionally...  Every once in a while, it's nice to have a classic hero character, someone who's got it all together, knows the right thing to do, and does it all the time. Now, if over-done, that can get cliche... In this book, its not over-done. The hero characters aren't main characters, and they get properly used as people for the main characters to look up to.

Overall, I liked this book. I reminded me of a sci-fi B movie... no, not that way, in a good way.
It's a little over the top in places, and doesn't take itself too seriously. It's a fun ride, with heroes, villains, and lots of action. Four stars, easy. Would read again.

Wow, it's been longer than I thought between posts here...

It's been a busy summer. Both day jobs have been busy, Realm Makers was fun, and I've been busy with the Lasers, Dragons, and Keyboards podcast.

I'll have a blog post up on Realm Makers eventually, and I really should remember to post here when we interview someone over at LDK.

Also, I have been reading, but some of that has been beta-reading novels that aren't out yet, so I can't talk about it. Let's just say some good stuff is coming...
Posted by Unknown at 9:50 AM No comments: