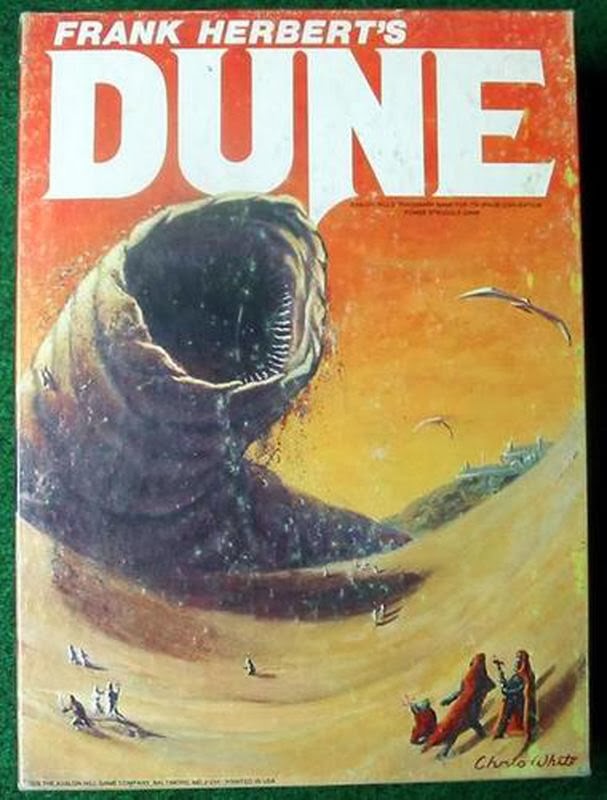 For February, my book club read the sci-fi classic, Dune, by Frank Herbert.

I've been familiar with it, of course, but hadn't actually read it. (I had seen the movie... the one with Patrick Stewart and Sting.)

For those who haven't read it, the galactic emperor assigns Paul Atreides father to govern the planet Dune, where the spice comes from. The spice is used to extend life, and makes interstellar travel possible, etc..., so everyone wants it. One of the rival houses, who manged the planet before the Atreides, assassinates Paul's father and his whole family except his mother.
They flee into the desert, and try to survive until they can take back the planet.

To try to sum this up would take a while. It's one of those books with an "epic" scope. Everything gets fleshed out, and it feels like the world is real...sometimes to the point of excessive wordiness. The characters and plot are excellent, but it almost feels like the author tried a little too hard to cram a lot of differing religious ideas into the story. On one level, this works, as it fills out various characters, and does appeal to the human need for myth, but there's a little too much of it, and contradicting philosophies are espoused by the same groups. It's a fascinating mix of christian, eastern, and atheism. This works in the story, but on earth, wars have been fought over much more minor points. (The author attempts to explain this in an appendix, but it'd be better left unsaid, as it was in the story proper.)

My biggest complaint with the story is, that if it were published today, it would be edited a lot. The book is written in third-person omniscient, which tends to throw a lot of readers. I've read a lot of older books, so this is actually my favorite viewpoint to read, but even I was confused as to the viewpoint character on occasion. Also, most of the book is in standard English, but for some reason Chani picks up a King James English accent... in the middle of the book... then loses it again at the end... that was weird...

Despite that, this is a really good book. It's been called the "Best sci-fi book ever." I'm not sure I agree with that, but it is really good.