Book Review: The Legend of Sheba 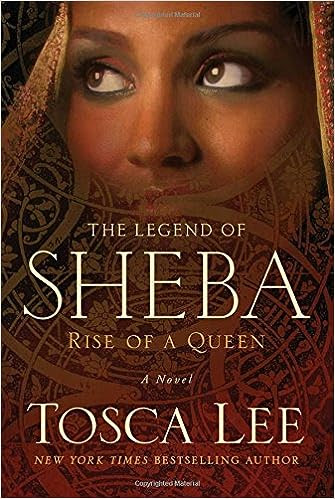 "There is the story you know: A foreign queen, journeying north with a caravan of riches to pay tribute to a king favored by the One God. The tale of a queen conquered by a king and god both before returning to her own land laden with gifts. That is the tale you were meant to believe. Which means most of it is a lie.

In the tenth century BC, the new Queen of Sheba has inherited her father’s throne and all its riches at great personal cost. Her realm stretches west across the Red Sea into land wealthy in gold, frankincense, and spices. But now new alliances to the North threaten the trade routes that are the lifeblood of her nation. Solomon, the brash new king of Israel famous for his wealth and wisdom, will not be denied the tribute of the world—or of Sheba’s queen. With tensions ready to erupt within her own borders and the future of her nation at stake, the one woman who can match wits with Solomon undertakes the journey of a lifetime in a daring bid to test and win the king. But neither ruler has anticipated the clash of agendas, gods, and passion that threatens to ignite—and ruin—them both. An explosive retelling of the legendary king and queen and the nations that shaped history."

So, most of what I review is science-fiction or fantasy. This is historical fiction.
What all do you read, you ask? That's easy. I like books with words. ;)

Anyway, the plot is what it says it is, a historical fiction account of the Queen of Sheba. Tosca has done a lot of research to make the book as accurate as possible, while presenting the historical figure as a real person.

The story was a fun, engaging read that kept me interested, despite already knowing the end outcome. (You can't really expect a surprise ending from historical fiction... well, unless you know nothing about the time period...)

I quite enjoyed the book, four stars!