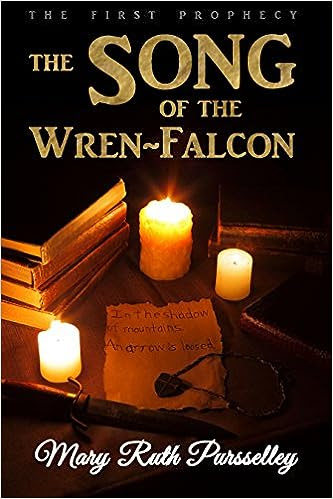 "Orienne Seritan is a loyal Adelfian who wants nothing more than peace for her country and a life free from the darkness and violence of war. But when the fulfillment of an ancient prophecy entangles her life and the fates of those she loves with the destiny of an embittered traitor, she finds herself being dragged even deeper into the darkness.

Enemies are pouring over her nation’s borders. People she loves are dying. The cryptic prophecy offers no clues as to who will be left standing at its end...nor does it disclose the magnitude of the role that Orienne is destined to play."


Orienne pulled me in right away. Her eyes change color depending on her emotions, and no one else's do. At first, the plot is fairly standard fantasy, but the characters and their relationships keep it interesting and engaging.

About a half to two-thirds of the way in, the plot takes a turn in a way that I've never seen before. Without revealing too much, one of the themes is forgiveness and redemption, and how the characters react to and deal with that.
Some might say it's not realistic. I disagree, I think it just feels that way because we don't often explore themes of forgiveness for a character that doesn't deserve it.

In terms of world building and plot, I'd give the book three stars -- everything's well done, just generic. In terms of characters and relationships I'd give it four and a half stars, and five for theme. So, overall....

Four stars! I'm looking forward to book two, and seeing how the characters deal with the fall-out from the events of this book.