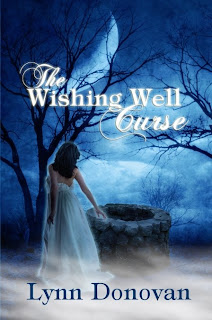 "Zeke Clay is down on his luck. He’s lost everything—an apartment, an education, a girlfriend, his job…

When a mysterious letter comes from a law firm in Colorado, he decides things just might be looking up. Now he stands to inherit a fortune, but it comes with a price. He must break a family curse and restore true love. What does he know about breaking a curse? And who is this Great Uncle Luther Clayton, who claims Zeke is the one? Can he piece together the clues left by his dearly departed?

Who can he trust? The Apache Indian attorney? Her great nephew? The leather-clad, Harley riding Pastor? Least of all, himself?
What about the Ghosts?


…And why does his three-year-old tattoo bleed every time he gets near the wishing well?"


Disclosure: I have read an early draft of this novel, and provided an early critique. Despite this, I'll do my best to do an honest review.

First, the cons. The book borders on being too preachy. I don't feel it gets there, as one of the characters is a pastor, so it'd be weird if he didn't get a little preachy... Even at that, the characters faith is a part of who they are, and it isn't really shoved at anyone.

The theology is also a little weird in parts. But then, it's speculative fiction. There's not really any such thing as ghosts, but in a story that asks, what if they're real, some things are going to have to get shuffled a little.


Neither of theses things took away from my enjoyment of the story. Despite having read an earlier draft of the story, I was still sucked into the tale. I feel like I'm beating a dead horse when I say "the characters all felt real", or other words to that effect, but characters are what draw me to a story. The story is set in an otherwise "normal" world, and the characters all respond realistically to what's happening to them.


The mystery element is nicely done too. Everything is revealed at the right pace to make you keep turning pages, and make the story flow naturally too.


I give it four stars.

Buy this book at:

There's a giveaway, too!:

a Rafflecopter giveaway
Posted by Unknown at 8:39 PM