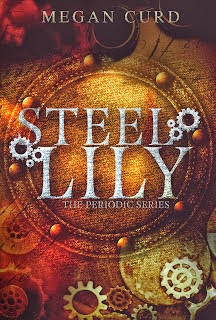 AVERY PIKE is a commodity. No, more than a commodity. Her existence is guarded at all costs.
She's a water Elementalist, the strongest of her dwindling kind. She creates steam to provide energy to fuel Dome Four: the only thing standing between humanity and an earth ravaged by World War III. No steam, no Dome. No Dome, no life.
Or so she thinks.
That is, until a mysterious man offers her a way out of having to donate steam. A way to escape the corrupt government of Dome Four. While the offer seems too good to be true, Avery is intrigued. But when she arrives to her new home, she realizes the grass isn't any less dead on this side of the fence. Instead, the lies are just hidden better.
...Which means digging deeper.
When Avery enlists the help of her friends to uncover the truth, she learns that while some secrets are better left concealed, humankind was never meant to live in a cage. And when you can control the most sought after resource, you can learn to control anything...including the fate of your world.

I've been looking for some more steampunk to read (yeah, I know, Lady of Devices is on my list...), and I happened to win an ebook of this in a contest. (Probably on the authors facebook page, hint, hint). Anyway.

I'm not terribly fond of dystopyan, and this definitely is. That said, it had a more hopeful feel to it. Right from page one, you (and the main character) know there isn't something right in the world, and yup, sure enough, we learn that all is not as it seems. This is great setup for a larger, yet similar plot twist later on in the novel, that you see coming, yet not at all in the way you expect.

The characters manage to stay mostly positive in spite of their surroundings, and the ending has a nice hopeful feel to it.

There are a few minor issues with the world-building. Why steam? (duh, because it's steampunk! Oh, an in-universe reason, that makes real, practical and economic sense? Sorry..) However, it's minor, in spite of a lack of reason for steam that satisfies me, the tech works well in the world setting.

I sound like a broken record when discussing characters, yet they're always my favorite part of a book that I like. (If I don't like the characters, the highest your getting is a three star...) Anyway, Alice is probably my favorite character. She's kinda "the normal one" stereotype, but she refuses to let the author confine her to that role. She's possibly the most balanced character, and mostly tries to keep Avery out of trouble... mostly...

(It would have got five, except for some minor world-building issues, and mostly a spoiler-related reason. Spoiler: her mom dies, for mostly no other reason than no one else had, yet - End spoiler)